Former scoring champion Terrence Romeo received an advice from his former teammate while the two were playing for the GlobalPort Batang Pier (now NorthPort Batang Pier). 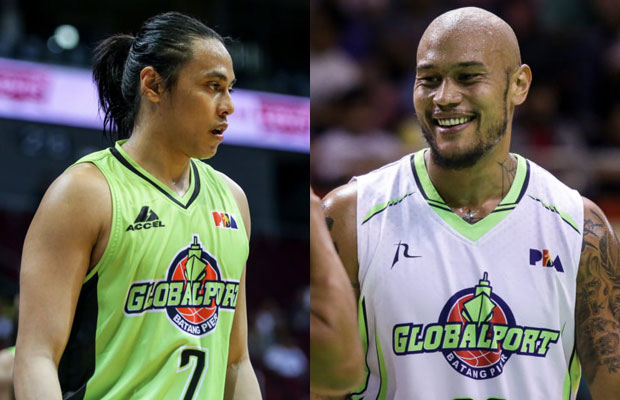 Kelly Nabong who spent almost a couple of conferences last season with the Batang Pier is welcoming Romeo in SMB with a well said message.

“From his last stint with TNT, he seemed like he grew a lot. But it’s all about adjustments. It’s a new team, a new system, so he has to learn adjustments on who he plays with cause we got superstars here, we got scorers here. He’s a scorer himself, too, so he has to come in and put in the work,” Nabong said in his interview with spin.ph.

“It all starts with the ground work. Once he gets in here and learns our system, how we do things over here, I think he can contribute a lot for us.”

Romeo was sent to the San Miguel Beermen in exchange for Brian Heruela, David Semarad and a future first round pick.

The trade was probably triggered after Romeo not attending their TNT KaTropa’s team practices and even not joining their Christmas party.

Nabong and Romeo played only few games together as a member of then GlobalPort. Romeo missed the entire 2017-18 Philippine Cup due to a knee injury and returned midway of 2018 PBA Commissioner’s Cup.

Nabong on the other hand was dealt to San Miguel Beermen during those time when Romeo returned back to the lineup of coach Pido Jarencio.

“It’s gonna be very exciting coming into the all-Filipino and everybody’s expecting us to win the title again,” Nabong said.