Below is the list of game schedule for the San Miguel Beermen in the 2019 PBA Philippine Cup – Eliminations round. 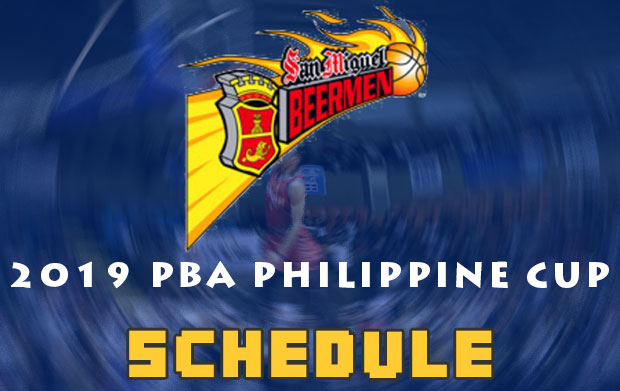 Last 2017-18 PBA Philippine Cup, the Beermen finished first in the eliminations round having 8-3 win-loss card.

In the quarterfinals round, they needed only one game against the TNT KaTropa to proceed to the next round as they carry a twice-to-beat advantage.

In the semis, they clashed with its sister-team, the Barangay Ginebra San Miguel and eliminated them in Game 5.

In the Finals round, they met another team under the SMC group, the Magnolia Hotshots. They lost only once and then captured their fourth straight championship trophy in Game 5.

This season, several new guards were added to the lineup of the Beermen. The most shining name from their new acquisitions is Terrence Romeo.