The San Miguel Beermen is scheduled for a best-of-seven semi-finals match against the Phoenix Pulse Fuel Masters. Game 1 is at 6:30 P.M. on April 13, 2019 live from the SM Mall of Asia Arena.

The Beermen are now getting closer to their fifth-straight All-Filipino title but they’ll have a new contender this season and that’s the surging Fuel Masters.

When the 2019 PBA Philippine Cup started, it seems like Phoenix was lucky to have opponents that’s not part of the SMC franchise.

The Fuel Masters took advantage and their initial plan is to collect as many wins they can before meeting with the league’s heavyweights and they’re successful on reaching their goal.

A 5-0 start for the conference but perhaps the most important part of those victories is how they closed their game.

Several of those games ended in overtime and Phoenix shown confidence as they piled more wins in their win-loss record. That pushed them up to the standings and became number one.

Though at the top of the All-Filipino conference, still there are many PBA fans doubted them and thinks they’re not yet a championship contender.

In their last game in Panabo City against the defending champion, the San Miguel Beermen, the Fuel Masters have shown to everyone that they can also slay a dragon.

However, in the semis, the competition is expected to be in a higher level compared to the elimination round and Phoenix head coach Louie Alas is familiar with the scenario most especially facing the Beermen.

Several players in San Miguel side are capable to deliver double figures in scoring. Coach Alas seems already have a game plan on how to contest it.

Like other teams, Alas’ main concern is the league’s five-time June Mar Fajardo. Fajardo was on his “Kraken” mode in their best-of-three series against the TNT KaTropa in the quarterfinals.

The San Miguel Beermen was in an unfamiliar territory as they closed their elimination round. They finished as the number five seed squad which is new during the Leo Austria era.

Austria knows how difficult to reach the top of the standings.

“Phoenix is not number one for nothing. We should study well what kind of game we’re going to do against Phoenix,” said Austria.

Coach Leo hopes that the enthusiasm of his players against the KaTropa will carry over in their tonight’s game. 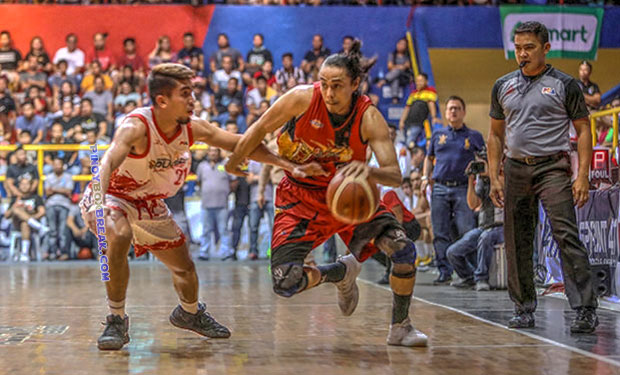