The San Miguel Beermen is scheduled for a best-of-seven semi-finals match against the Phoenix Pulse Fuel Masters. Game 2 is at 7:00 P.M. on April 15, 2019 live from the Smart Araneta Coliseum.

Despite of only having one day to prepare their semis battle, the defending champions were able to defeat the league’s first seeded team last Saturday.

Yet, even they have now the edge in their best-of-seven series, SMB head coach Leo Austria isn’t discounting what their opponent can do.

“You can never know what will happen. Phoenix is the No. 1 seed before the playoffs. They’re capable of bouncing back hard,” said Austria

Winning game 1 seems like not the barometer for San Miguel that they can close out the series early similar what they have done in the past.

“Sana maging consistent kami at mangyari uli iyon,” said Austria. “But lahat naman nag-tse-change. All we have to do is never mind all those records in the past. We cannot dwell on the past. We have to focus on our next game.”

Phoenix on the other hand tried to beat San Miguel by trying to do a shooting contest. However, the outcome of Game 1 didn’t favor for them.

Fuel Masters head coach Louie Alas is reminding his team their true identity and that’s they’re a defensive squad. That’s the main reason why they were successful during the elimination round.

“We thought na kaya naming talunin through shootout. They’re the No. 1 offensive team in the league. No team can outgun them. So iyon ang i-po-post game namin bukas. We made it this far through our defense, not our offense. Kailangan maglaro kami sa identity namin,” said Alas.

Though they were not able to bag the first encounter against the Beermen, Phoenix were successful on slowing down the five-time MVP June Mar Fajardo.

The prized SMB center was only held to nine points and nine rebounds which is very far from his “Kraken” mode.

To make it worse, Fajardo got fouled out in the final quarter with less than five minutes remaining in the game.

Coach Alas wanted to throw the same clamped down defense on Fajardo tonight but at the same time they should also contain their shooters. 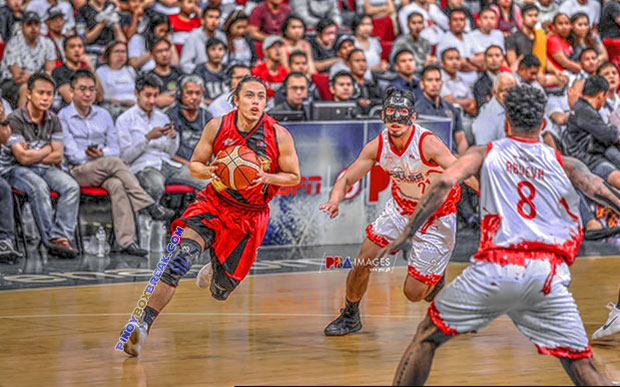