The San Miguel Beermen is scheduled for a best-of-seven semi-finals match against the Phoenix Pulse Fuel Masters. Game 4 is at 7:00 P.M. on April 24, 2019 live from the Cuneta Astrodome.

The Beermen are looking to avenge their Game 3 defeat and put more pressure to their semis opponent but the Fuel Masters are eyeing for a tied series when the 2019 PBA Philippine Cup Playoffs return to Pasay City this evening.

With 14 seconds remaining left in Game 3, San Miguel had the chance to snag the 3-0 series lead. That’s when Chris Ross decided to launch a three-pointer but missed.

Von Pessumal had another chance to put his team even with the Fuel Masters using a one-legged jumpshot but that also was a miss.

Then Phoenix celebrates as they put their squad on the board in this 2019 PBA Philippine Cup semi-finals showdown.

Ross wasn’t dwelling on that missed three-point attempt but his fouls committed against Matthew Wright in the final minute of the last period.

“I just let my team down today,” Ross said after Game 3. “I made those two foolish fouls that gave them points.”

Wright drilled four free-throws because of those fouls made by Ross and gave Phoenix more breathing room as the game approaching to its last buzzer.

According to Phoenix head coach Louie Alas, Wright was not feeling well in that Easter Sunday game but the clutch shooter desire to play made Alas decide to deploy him in a minute restriction.

“Si Matt grabe. Tatlong araw na me sakit iyan, eh,” related Alas. “Kaya nakita n’yo, ginagamit ko sparingly? I would like to commend him, because of his resiliency.” 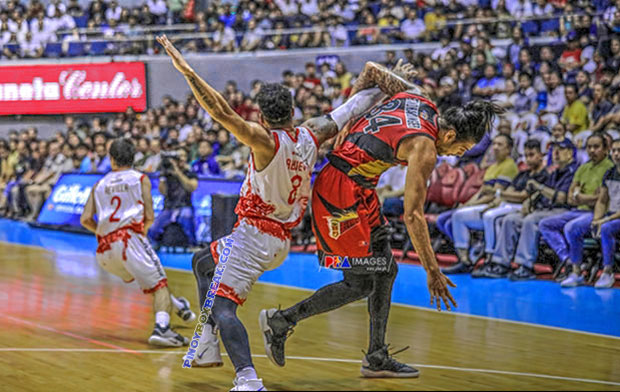