The San Miguel Beermen is scheduled for a head-to-head game against the Phoenix Pulse Fuel Masters at 5:00 P.M. on March 15, 2019 live from the Panabo Multi-Purpose Tourism, Sports & Cultural Center in Panabo City, Davao del Norte.

The Beermen are looking to make a five-game winning streak while the Fuel Masters wanted a quick bounce back when PBA resume this afternoon in Panabo City.

A possible 2019 PBA Philippine Cup Finals match will be witnessed by the fans in Davao del Norter.

Phoenix is having their best conference since joining the league and wanted to preserve that until at least they enter the first round of the playoffs.

Fuel Masters head coach Louie Alas is looking forward on their matches against the SMC squads and he once mentioned that this will be the real test for his team if they’re a true championship contender.

So far, they’re 1-1 and the Beermen is last on their list.

This out-of-town game is also the last scheduled match of Phoenix and its outcome can make or break Phoenix.

A victory will guarantee them a twice-to-beat advantage in the quarterfinals but a defeat can cause the squad to slide at number 3 spot and they’ll have an even series with number 6 team.

For the Beermen on the other hand, it seems that the boys of coach Leo Austria has rediscovered their championship form.

In their previous four outings, three of those are blowouts except for their battle against the Batang Pier where the game almost got stolen from them.

Taking over the number one spot of the standings is what the primary goal of the Beermen.

“We’re still aiming for the Top Two,” said SMB coach Leo Austria. “Clich? it may be, but we’ll really take it one game at a time. Focus kami ngayon on our game against Phoenix,” Austria also said. 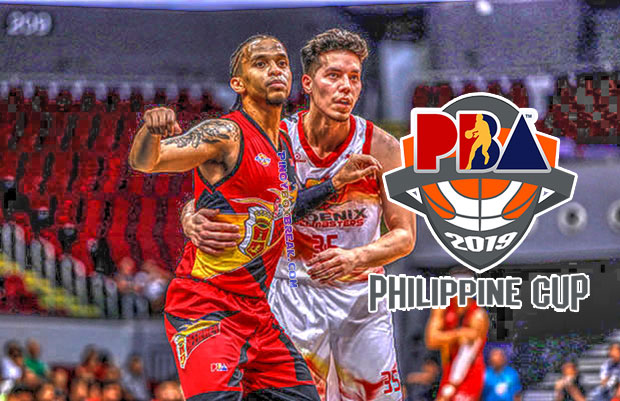