The San Miguel Beermen is scheduled for a head-to-head game against the Talk ‘N Text KaTropa at 6:45 P.M. on January 27, 2019 live from the Smart Araneta Coliseum.

The KaTropa wanted to keep their winning momentum after they broke in to the winning column but the Beermen wanted to send a message to all the teams that they’re the defending champs as they attempt to make three straight victories.

During the off-season, there was a rumor saying that Terrence Romeo got petitioned by his former team, the TNT KaTropa to trade him as he’s destroying the team’s chemistry.

Romeo was put into the team’s trade list and upon knowing the news, coach Leo Austria and the Beermen didn’t hesitated to sign the enigmatic guard.

Bad thing is, Terrence was reported that he won’t suit up in their today’s game. He was seen ok during the Beermen’s game against the Meralco Bolts but coach Austria decided to continue to put him in the sidelines.

Brian Heruela and David Semerad will be facing their former team, the Beermen where they’re part of those multiple championships.

After the trade, Heruela is now having a more significant basketball career. Heruela is currently averaging 11 points per ball game.

Though TNT is struggling to make more wins at this early stages of the 2019 PBA Philippine Cup, coach Bong Ravena is optimistic and likes what he sees on the progress of this team.

“Whatever is the result of our games, if we become consistent in our effort, we will be happy with it,” said TNT coach Bong Ravena. 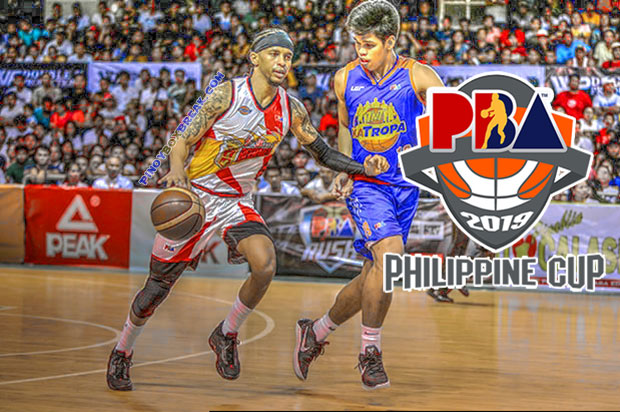 “But I think we’re improving as we’re making our shots. Hopefully, we’ll be a lot more consistent. Defensively, I think we’re also improving with what we’ve been showing with our depleted lineup,” he added.