NorthPort Batang Pier guard Stanley Pringle will sit out in their next match as the league slapped him with one-game suspension. 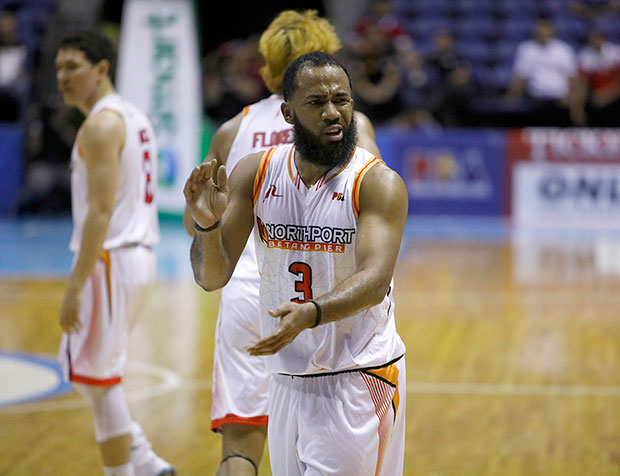 Also, he is fined with 75,000 pesos for hitting Columbian Dyip’s big-man Jay-R Reyes.

The scrimmage between two squads took place during PBA’s long week break to give way for Gilas Pilipinas campaign in the 2019 FIBA World Cup Asian Qualifiers.

NorthPort and Columbian used those free times to keep themselves well-conditioned and avoid being rusty when the league resumes.

Stanley Pringle is currently the scoring leader of the All-Filipino conference where he logged 22.5 points and on top of that he also got six rebounds, 4.25 assists and 2.75 steals per outing.

With his absence in their game against the Meralco Bolts scheduled on February 27, coach Pido Jarencio will most likely give more minutes to his rookie guard Robert Bolick.