The Talk ‘N Text KaTropa is scheduled for a head-to-head game against the Phoenix Pulse Fuel Masters at 6:45 P.M. on January 19, 2019 live from the Ynares Center-Antipolo.

The KaTropa are looking to make a quick bounce back game after their opening loss against the Barangay Ginebra San Miguel while the Fuel Masters are eyeing for a back-to-back victories.

The Fuel Masters immediately had a tough test and it happen at their first game for the 2019 PBA Philippine Cup against the Meralco Bolts.

Phoenix dominated the first three quarters until the Bolts hangs-on and kept the score close.

The game was pushed into an overtime where the heroics of Calvin Abueva was seen once again.

Abueva was struggling finding his shooting groove as he was 1-of-12 before he made the final score of the game.

Phoenix head coach Louie Alas is thankful that the game doesn’t need another five more minutes as majority of his players are in the borderline of getting cramps.

In their scheduled game this evening, Phoenix is expecting another basketball grind especially that TNT has evolved their offense to a run-and-gun tempo.

“We have to be on our running shoes. Siguradong takbuhan yan,” said Alas.

Talk ‘N Text has added another player to their injured list. Jericho Cruz joined Troy Rosario and Yousef Taha in the sidelines.

Yet, despite of missing several of its key players, the KaTropa remains a threat to Phoenix’s two-game winning streak goal. 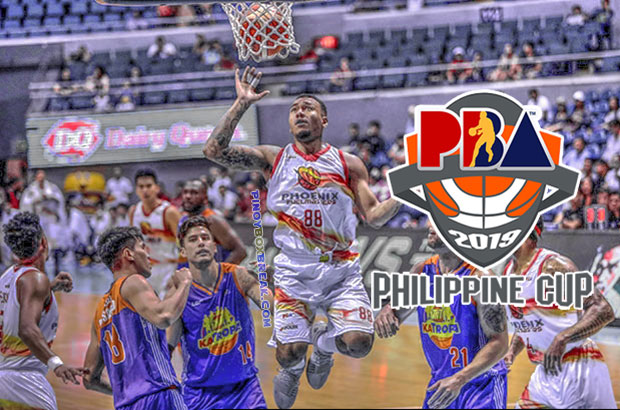 With guys like Jayson Castro, RR Pogoy, Kelly Williams and the rejuvenated Brian Heruela, TNT still has the ability to take home the victory.