The team Malaysia is scheduled for a head-to-head game against team Vietnam at 8:30 P.M. (PHI time) on December 15, 2018 live from the Mỹ Đình National Stadium, Hanoi, Vietnam.

Team Vietnam will be playing at home and it’s expected a mammoth crowd will come out and flock the Mỹ Đình National Stadium in Hanoi when 2018 AFF Suzuki Cup resumes this evening.

The first leg ended up with a draw having a score of 2-2 in Kuala Lumpur although the Vietnamese squad will be playing in front of their fans, team head coach Park Hang-seo also sees it as another challenge as the whole nation hopes for another championship trophy.

“On Saturday, we have a home match and whilst it’s helpful and a big motivation for the players to have such support, it can also be a burden to have that kind of big support. So I’ll make sure to ask the players to be calm and control themselves.”

Prior to the start of the second leg, the South Korean mentor was named as the “Person of the Year 2018” in his home country. Park helped the young Golden Dragons finished as runner-up in Asian Football Confederation (AFC) U23 Championship and now he’s leading team Vietnam in 2018 AFF Suzuki Cup Finals.

“First of all myself and the players know just how important Saturday’s match is and we don’t want to let the Vietnamese people down.

“We played in front of more than 80,000 in Kuala Lumpur and, even though the stadium at My Dinh is smaller, I’m confident that we can make an even better atmosphere for our team.”

For team Malaysia on the other hand, head coach Tan Cheng Hoe is fully aware of the mountain of challenge ahead of them. 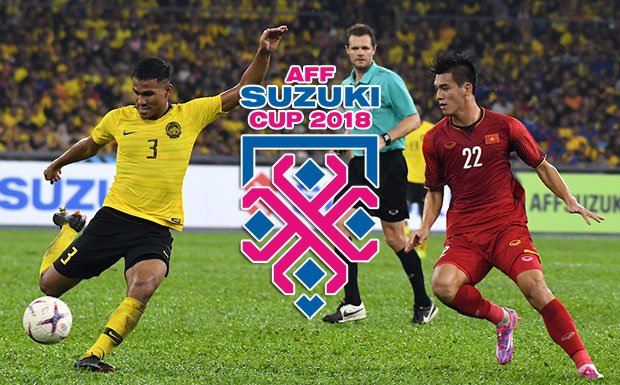 “We know that the intensity will be high and I’ve asked my players to maintain focus and be aware of the quick counters from Vietnam. But also the players shouldn’t put too much pressure on themselves and just enjoy playing in the final here in Hanoi.”