Classes for both public and private schools are suspended in select areas on Friday, September 20, 2019 due to bad weather brought by tropical storm “Nimfa” and by the southwest monsoon. 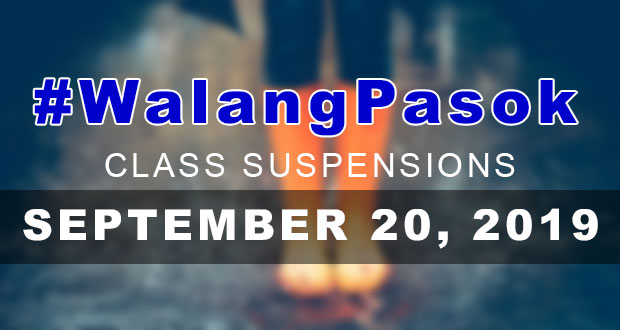 According to PAGASA, as of 2:00 PM this afternoon they have detected that tropical depression “Nimfa” got intensified and it is now elevated to a tropical storm.

As of 4:00 PM, tropical storm “Nimfa” was spotted at 735 KM East Northeast of Basco, Batanes. It has a maximum wind of 65KPH and a gustiness of 80KPH. Its movement is almost stationary according to an update released by the weather bureau.

Also, PAGASA mentioned that due to its distance there’s a low chance that “Nimfa” will make landfall.

Watch the video shared by the DOST-PAGASA for more details: