Classes for both public and private schools are suspended in select areas on Monday, September 16, 2019 due to bad weather brought by the southwest monsoon. 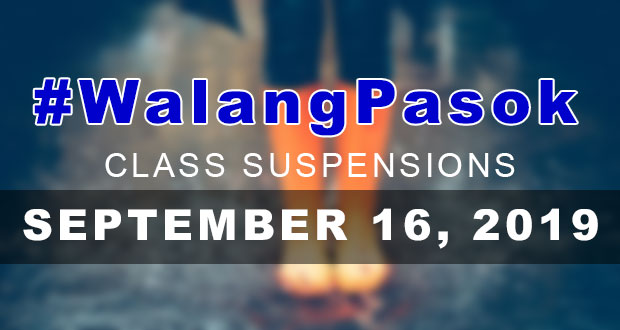 According to PAGASA, it’s expected that tomorrow will be cloudy and there’ll be scattered rain showers in the areas like Metro Manila, Central Luzon, Calabarzon, Mimaropa, Bicol Region and in Western Visayas brought by the southwest monsoon or “hanging habagat”.