Classes for both public and private schools are suspended in select areas on Monday, September 30, 2019 due to bad nationwide transport strike. 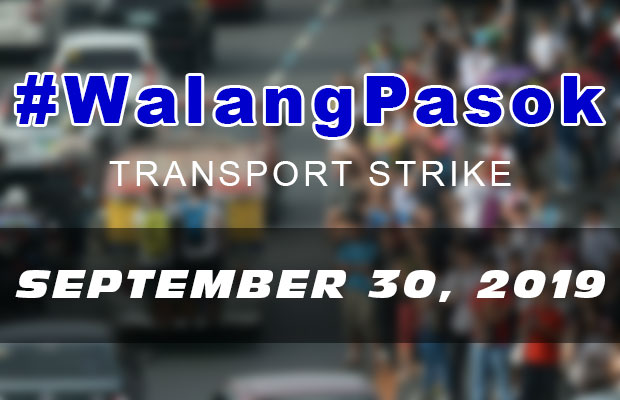 Here are the schools that also declared that there’ll be no class on Monday, September 30, 2019:

The Commission on Human Rights also declared that there’s no office on the said date at its Central Office, CHR National Capital Region, and CHR Mimaropa office located at the SAAC Building.

In light of the scheduled transport strike, CHR suspends work tomorrow, 30 September 2019, in its Central Office, CHR-NCR, and CHR-Region IV-B office located at the SAAC Bldg. Suspension in other regional offices will be upon the discretion of their concerned Regional Directors.

The Supreme Court also declared that there’s no office on the said date.

The SC suspends work in all NCJR courts tomorrow, September 30, 2019, due to the scheduled nationwide transport strike. EJs for affected areas outside of the NCJR may exercise discretion on work suspension.