Classes for both public and private schools will be suspended in select areas on Thursday, September 12, 2019 due to tropical depression. 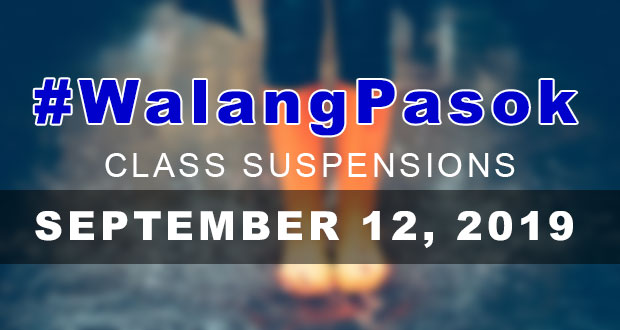 Here are the areas declared by their respective local government units where classes are suspended:

According to PAGASA, several areas in the country will experience rain brought by a tropical depression. It is expected that it will enter the Philippine Area of Responsibility (PAR) on Thursday and it will be given the name “Marilyn”.