Classes for both public and private schools are suspended in select areas on Wednesday, January 15, 2020 due to the eruption of Taal Volcano. 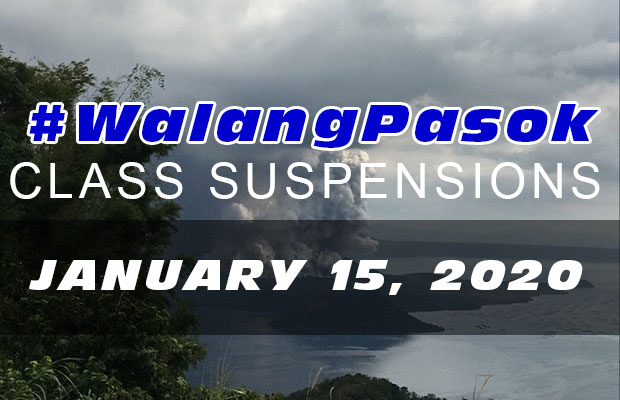 According to the news bulletin of Philvolcs released at 1:00 PM this afternoon, the alert level remains at Alert Level 4 which means that the hazardous explosive eruption is possible within hours to days.

The government agency continues to advise for a total evacuation of the Taal Volcano Island and areas within the 14-kilometer from the Taal Main Crater. According to Phivolcs there’s a high risk of pyroclastic density currents and volcanic tsunami.

“Areas around Taal Volcano are advised to guard against the effects of heavy and prolonged ashfall. Civil aviation authorities must advise the aviation industry to avoid the airspace around Taal Volcano as airborne ash and ballistic fragments from the eruption column pose hazards to aircraft. DOST-PHIVOLCS is continually monitoring the eruption and will update all stakeholders of further developments.”