Classes for both public and private schools are suspended in select areas on Wednesday, November 13, 2019 due to bad weather brought by tropical depression “Ramon”. 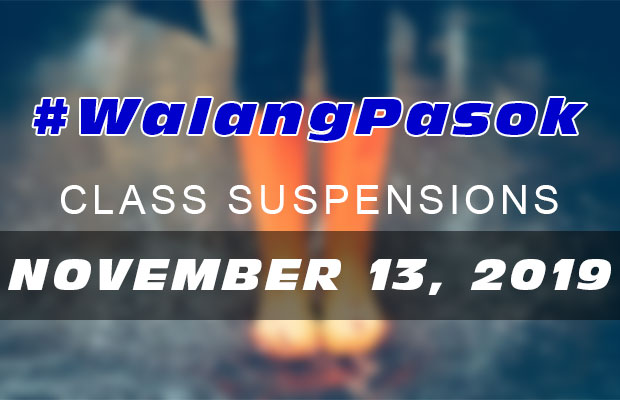 Likewise, schools are suspended on all levels (public and private) in the area of Palapapag, Northern Samar.

Currently, Eastern Samar is declared under cyclone wind signal no.1 and also the eastern part of the Northern Samar.

Watch the video shared by the DOST-PAGASA for more details: